While at the Philadelphia Open a few months ago, I came into contact with a local chess enthusiast – Tom Nordeman. An ardent chess player, Tom, in his own words, says that he is “intrigued by chess because it is so complex.” He discovered chess when he started high-school, and since then, the game has remained a close friend of his. Tom suffers from a condition called cerebral palsy, however, which makes studying and playing chess harder for him than others. 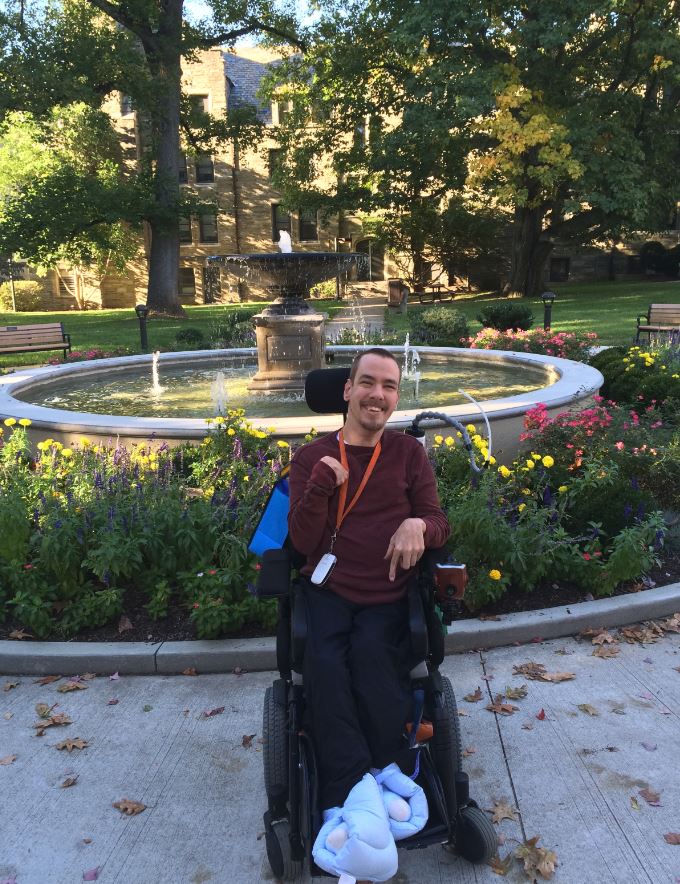 Tom enjoying the crispy Fall air in the beautiful courtyand of Inglis House, where he stays

We’ve had multiple informal online sessions over the past few months, when I review some of his games and advise him as best I can.  During these sessions, I’ve been able to glean that besides being an ardent chess player, Tom possesses a strong understanding of the game.

There are some awkward situations Tom encounters while playing tournament games. For example, sometimes his opponents accidentally forget to press his clock, an action Tom needs assistance in doing. His sad moments are when he is winning on the board, but under time pressure ends up losing. There are occasions when he finds the opponents blitzing their move out to win on time, when they find themselves lost on the board. Tom realizes these challenges, but takes them in his stride, and remains upbeat.

I’ve played in Europe and Asia, and typically in those locations someone accompanies or is assigned to a player who needs such assistance with moves and clock. If Tom has no one to accompany him, then perhaps organizers should consider assigning some help or obtaining assistance from volunteers. This will allow Tom and others needing similar assistance to save time, while also not disturbing the concentration of their opponents. A “Helping Tom” list should be put next to the Pairing board, and volunteers can put their name for a reasonable time shift, like a 30-minutes one. Most tournaments are teeming with parents and non-players, who would gladly help if informed and given a chance.

It’s inspiring to see how Tom is not allowing the difficulties he faces to stop him from continuing to play chess. I’ve been contributing to his zeal by helping him with sessions, although they’re few-and-far-between. Since I’m not always available, I thought I’ll do this posting which will allow other chess enthusiasts to reach out to Tom, and perhaps play a game or go over some positions with him on ICC/Skype.

Tom can be reached at:

Tom wrote a bio of himself, which I’ll post shortly. 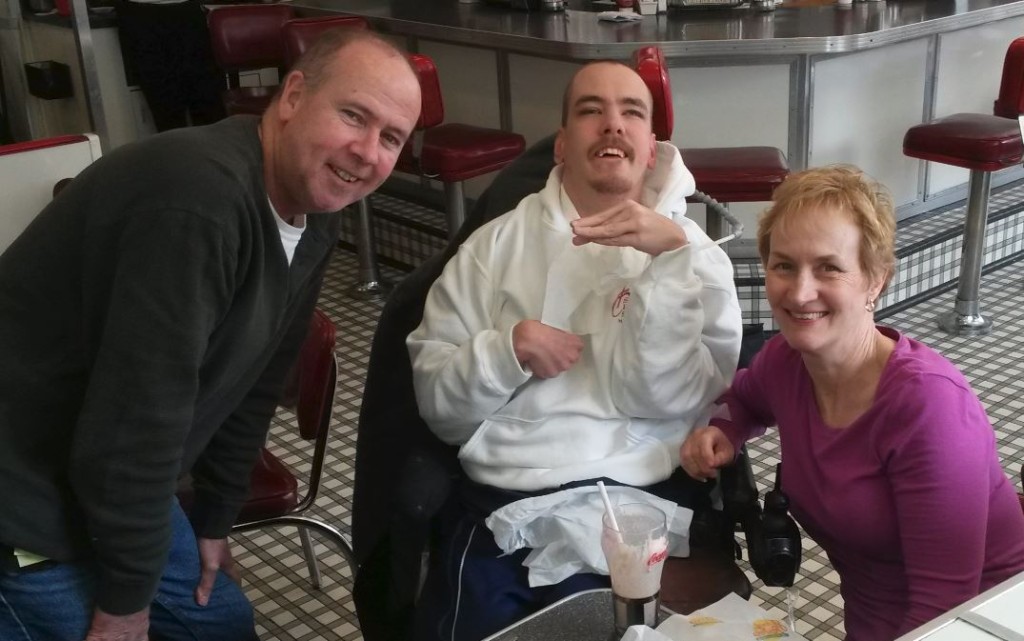 Tom with his parents, a few hours before his Philadelphia Open game, where I met him. April 2015 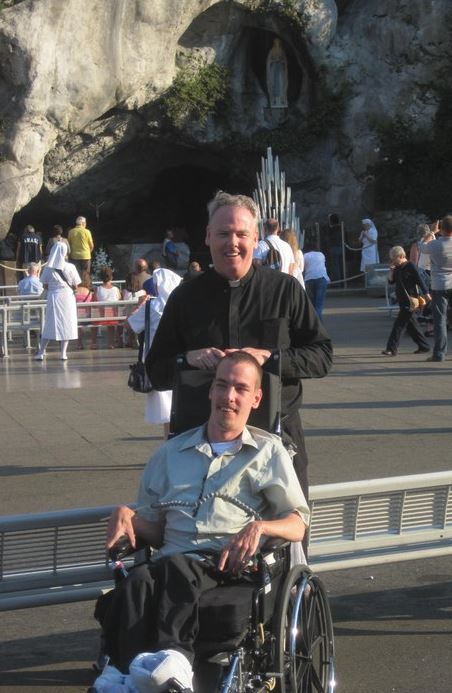 Tom with his Uncle John, who has been a very important influence on him

Article on US Chess Federation website can be found here.