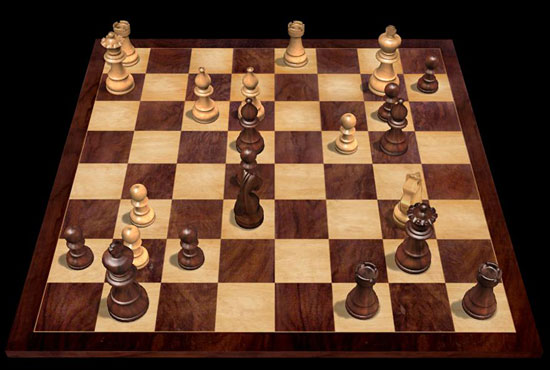 An article I wrote was published on Chessbase.  I had posted the combination puzzle as ‘Insane Tactic‘ on the blog earlier. For the article I was able to interview GM Liem Le Quang. The smart folks at Chessbase created the exact position in a 3D board (pictured above) using Fritz,  If you haven’t tried figuring out the winning combination for Black, please go ahead and use the board above. The Board’s on Fire! Black to move…

I’ve copied some of the Chessbase article below.  For the rest, you’ve to go to Chessbase.

The Missed Combination of a Lifetime

We’ve all had games where we have overlooked a dazzling combination, and in fact went on to lose. It’s an extremely painful feeling when you find out that you missed out on winning the game with a beautiful finish. I spotted a particularly dramatic example from the Asian Continental in 2012, and discussed it with the player involved. It’s a jewel of a combination.

Liem: “It would have been my best game ever …”

A month ago, I came across a game which had an extremely exciting and complicated position. It took place during the Asian Continental Chess Championship 2012 held in the city of Ho Chi Minh, Vietnam. The game was between… 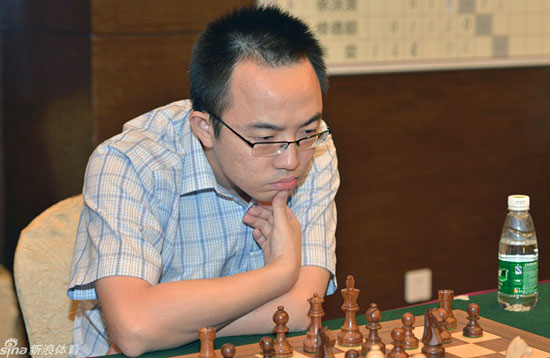 Chinese GM Ni Hua, currently rated 2677 and ranked number 67 in the world, and.. 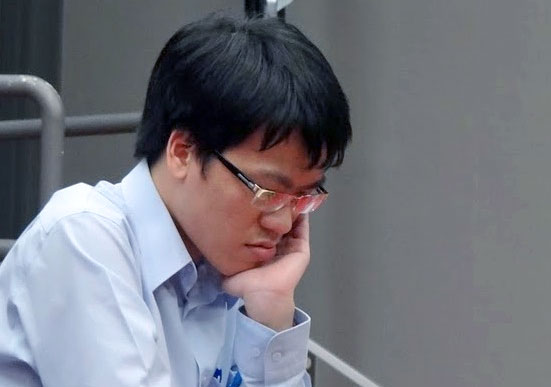 What is going on here? The board is on fire, everything seems to be hanging, and both kings look relatively unsafe. White has just thrusted forward with 29.g6, and it seems his attack has broken through first, as there seems to be no satisfactory way to deal with the threat of 30.Qxh7. Liem played 29…h5??, after which White won with 30.Qxh5 Ba3+ 31.Kxb3 1-0.

Sadly for Liem he was unable to find an extraordinary, albeit difficult, tactical refutation to White’s g6 move, and missed out on a glorious win. I connected with him a few days ago to get his perspective, and insights. Reminiscing about the game he told me, “It would have been my best game ever if I had not missed that combination.” He was very polite and gracious to answer some of my questions about the game.

Akshat: What was the time situation at that point (move 29) – specifically how much time did you have?

Liem: I think both Ni Hua and I had around ten minutes at that point, with 30 seconds increment per move – but that doesn’t help much in this situation.