I thought I’ll share an article I just published on ChessBase.  It was about a 9-year old beating a couple of GM’s. I don’t know the young phenom, but such a feat is extremely rare and highly impressive at his age. That’s why I thought I’ll provide some coverage on it and highlight his accomplishment to a broader and appreciative chess community. Hopefully the exposure he’s getting on a premier chess new site like Chessbase will assist him in getting even more recognition in his country and the support he may need, and very well deserves. The entire article can be viewed here.  The first few lines are reposted below. If you have comments on the article, please post them on Chessbase and share your like/dislike preference.

A few weeks ago I was randomly surfing some chess results, and stumbled on to a tournament played in Uzbekistan. I went through the results of the first round to see if there were any major upsets, and as I was about to move on, something caught my eye. I noticed that a very high-rated GM (exactly 2600) Andrei Zhigalko lost his first round to a 2057 FIDE rated player. This is of course a huge upset.  But what makes it even more incredible is that the 2057 was a 9 year old! That’s right, a 9 year old took down a 2600. This was no fluke or a flippant move by the opponent turning into a major blunder. This was a gritty, square-by-square grind-down in which the 9 year old FM Nodirbek Abdusattorov from Uzbekistan prevailed. 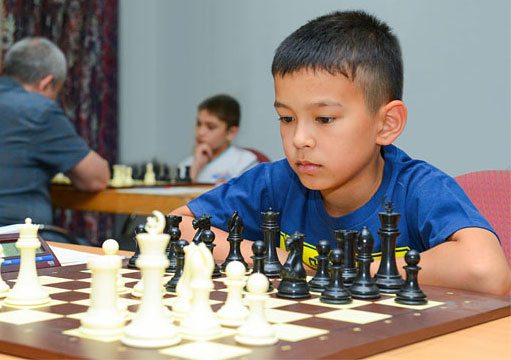