In January, I played one of Mike Regan’s 5-round tournaments, the Championship section of the Chesapeake Open at Rockville, Maryland. This year’s edition was quite strong, and happened to attract none other than the reigning US Chess Champion, GM Gata Kamsky! Gata is a 5x US Champion, and was regularly among the world’s elite for several years. His rating has dipped a bit from 2740 FIDE to 2675 over the last 2 years, but that is hardly an indication of his actual strength. 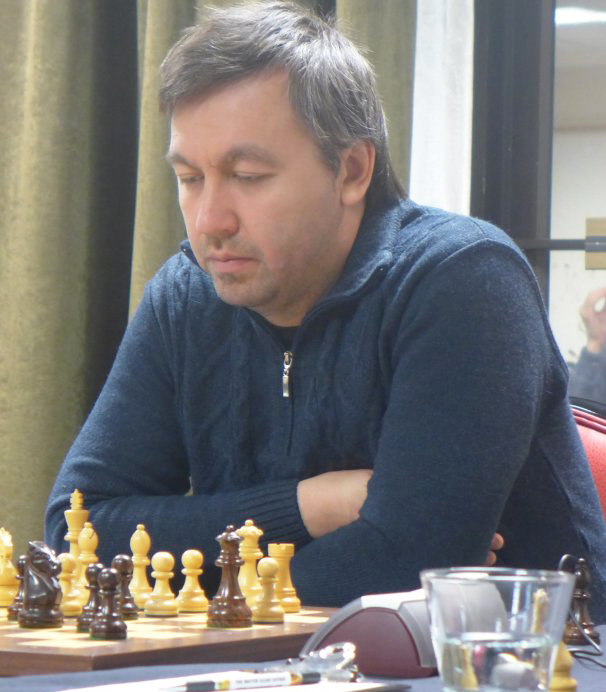 I faced a bright youngster in the first round, Brandon Jacobson (1981 FIDE). He played the Berlin (who doesn’t these days?), after which the game evolved into a typical Ruy Lopez position. Brandon played extremely well (he’s definitely underrated by at least 100-150 FIDE points), and the game was still complex when he made the decisive blunder. 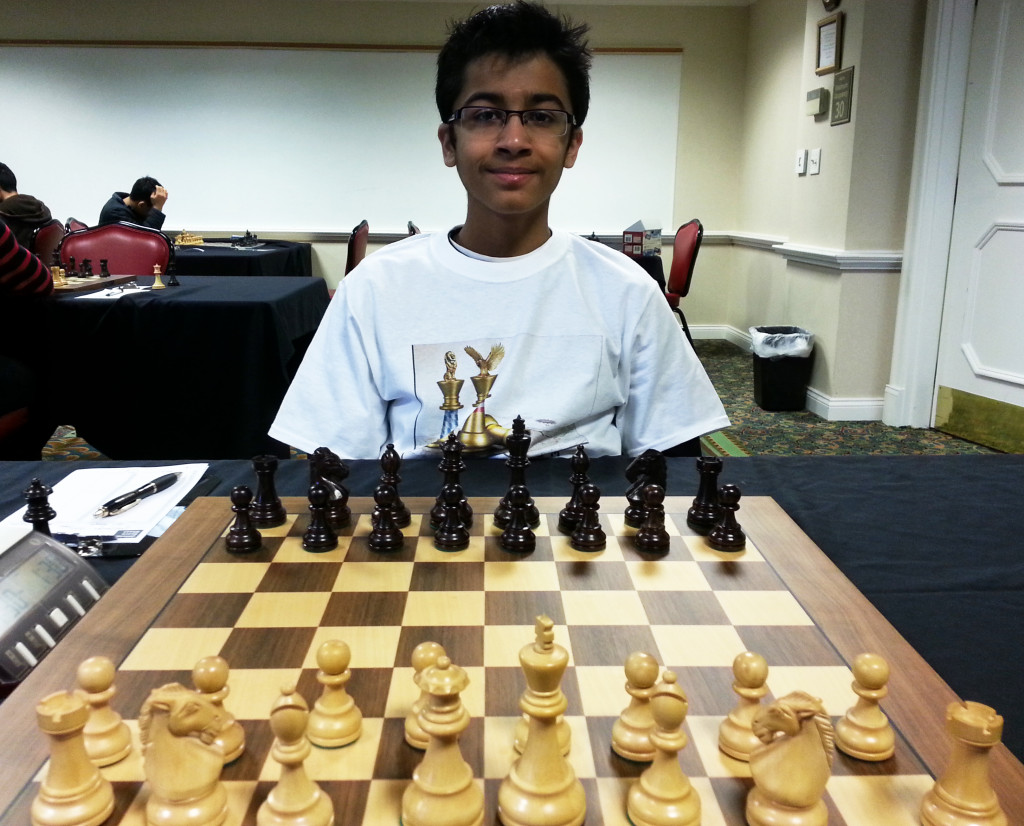 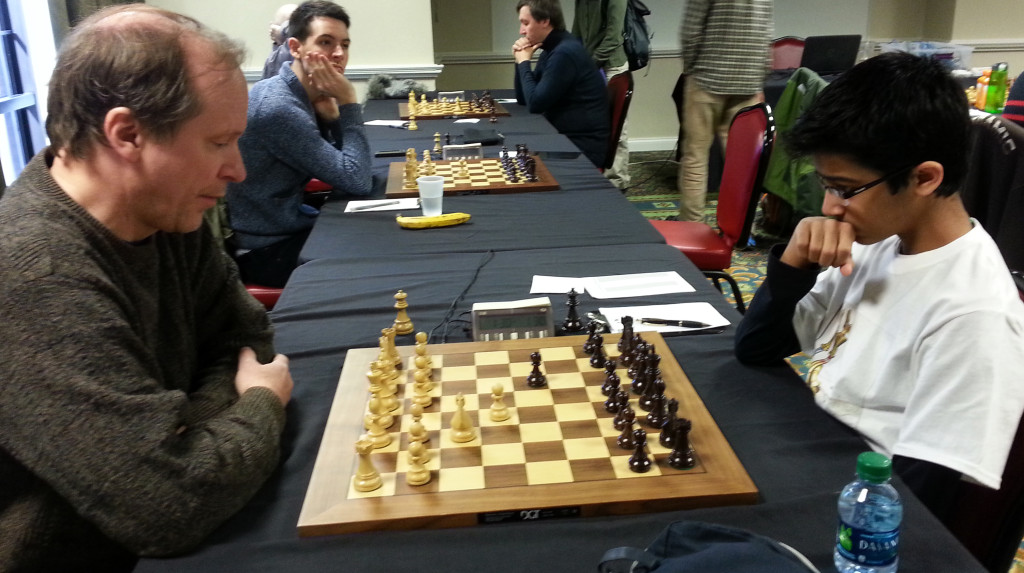 In the 2nd round, I played Karl Dehmelt (2241 FIDE) as Black. He played a rare line to avoid the Open Sicilian, but later on ended up getting an inferior version of the Open Sicilian type positions for White. I then won two pawns, and reached the time control with an easily won position. Karl resigned 14 moves later. 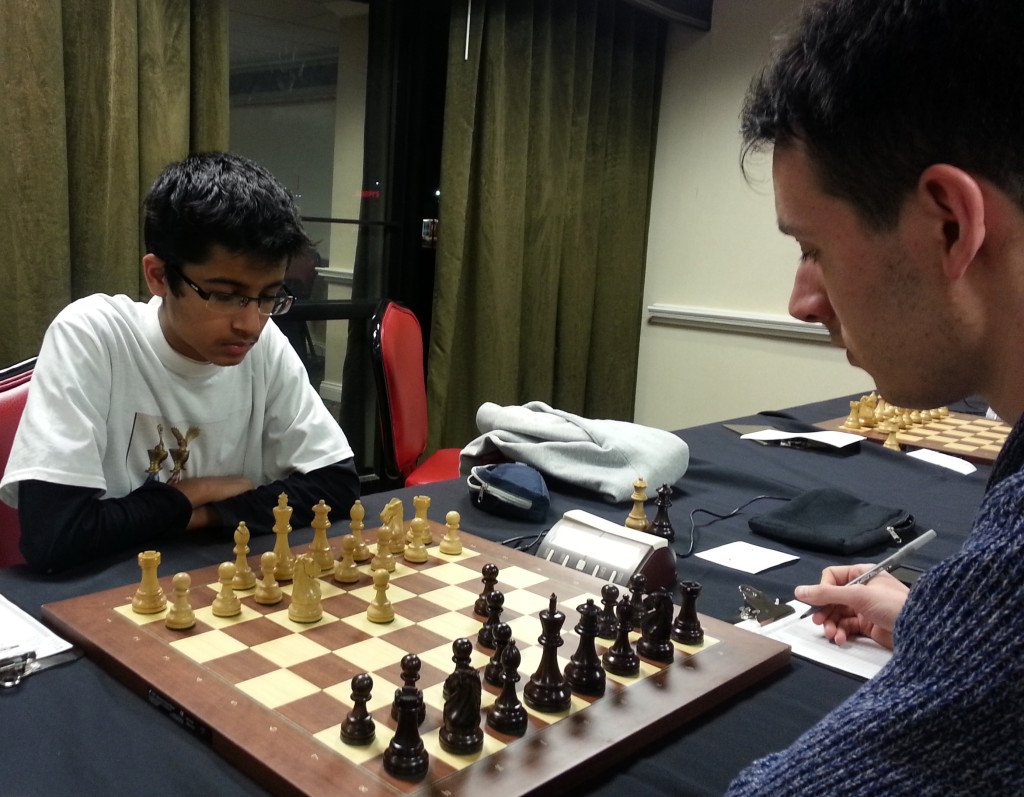 The competition started to become tougher now, as I faced German GM Niclas Huschenbeth (2548 FIDE)  as White in Round 3. I played an interesting line, and quickly built up a strong advantage. We made some inaccuracies, and eventually traded down into a promising endgame for me. But I made a couple of mistakes which blew the advantage, and so I had to settle for a draw. It was frustrating to let a strong GM off the hook, as one has to make the most of such opportunities. 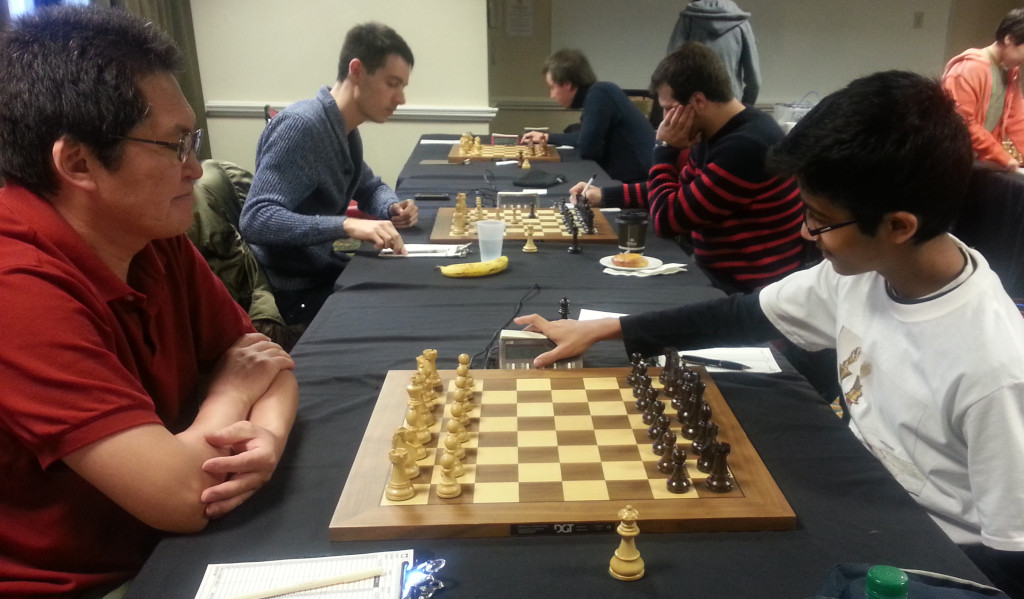 I played local IM Tegshsuren Enkhbat (2417 FIDE) as Black in Round 4. He was particularly solid with White, so I decided to just play something normal and see what happens. On move 11, I spent an outrageous 40 minutes trying to figure out the best way to proceed. I was putting myself at a handicap on the clock once again. I found the correct way to proceed, but with each move I was getting lower and lower on time. After 20 moves, I was down to my last 5 minutes, while my opponent still had about 40. I was able to find some accurate moves to continue my advantage though, and the see-saw was beginning to tilt in my favor even more. Then, I nearly lost my nerves in the following position:

So now I was 3.5/4 with one round to go. As expected, I played Gata in Round 5, and was Black again. Hey, why couldn’t Gata get a double-Black instead of me 🙂 . Our game was a rather dull affair, with White having a slight, nagging advantage, but nothing more. I kept the balance for 40 moves, but upon reaching the time-control, I made a hideous blunder which destroyed everything. Gata found a neat breakthrough to refute my move. 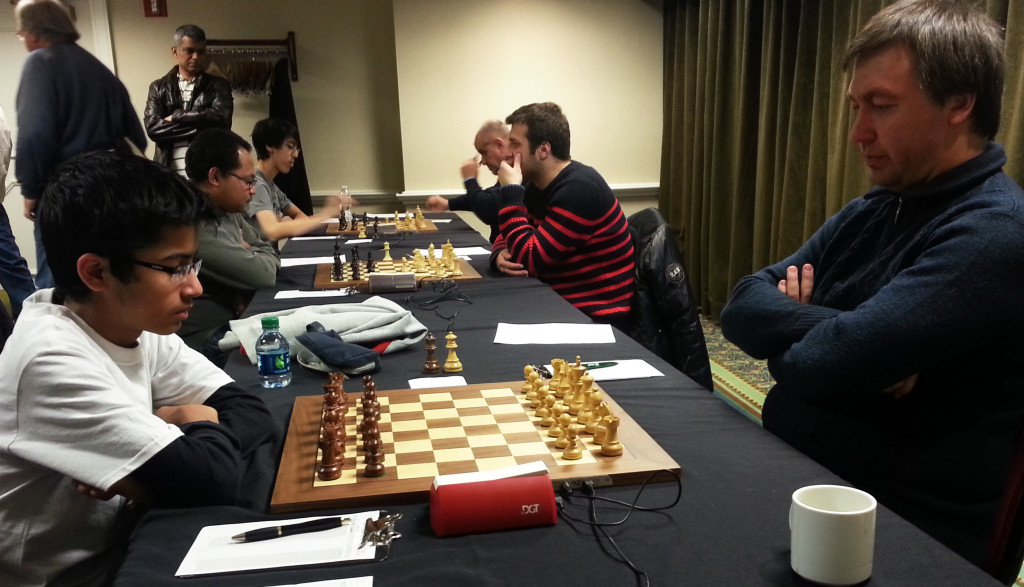 It was sad to lose against the US Champion when I had kept things in balance all throughout. This game was the last one to finish, and was a 5-hour affair. I’m referring to this as “training” , as I gained some vital experience, and learnt some lessons from my game with the US Champ!

Overall, I was content with how I played the tournament, though the last round loss to Gata will sting for a while. I’ll just have to get him next time 😉 . Some other titled players at the tournament 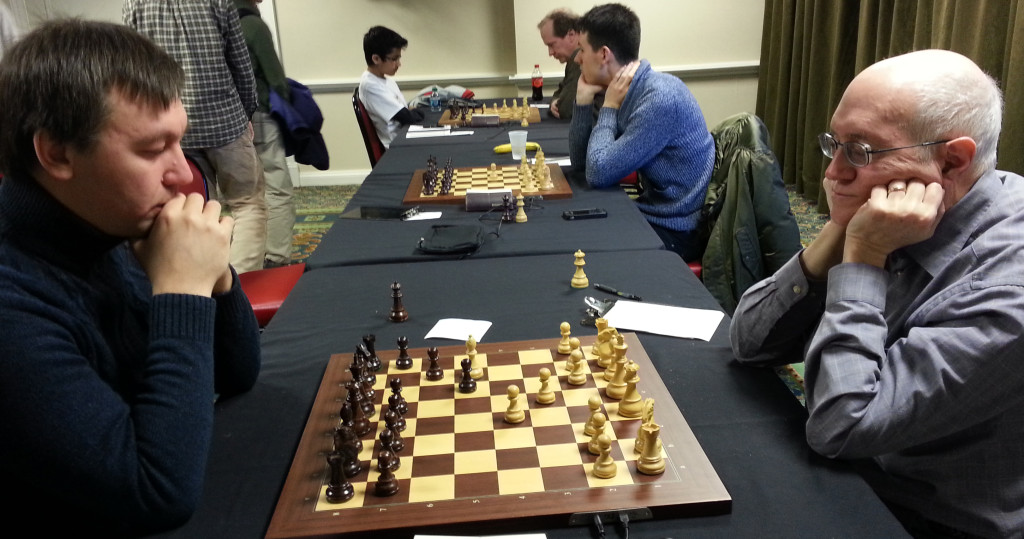 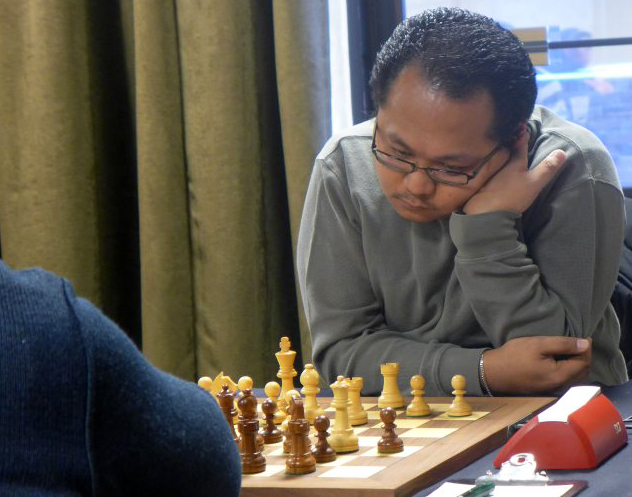 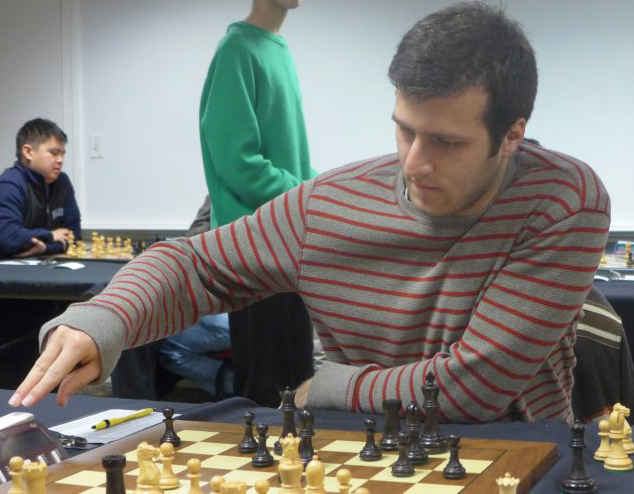