The Marshall Chess Club organized a GM Norm Invitational tournament from April 04 to April 13. It was a 9 round, 10-player Round-robin, with 6.5 points required for a GM norm and 5 points for an IM norm. The participants included 3 GMs, 4 IMs and 1 FM. The players, by FIDE rating, were:

This was my first round-robin tournament. One of the benefits of such a tournament is that you don’t have to wait till the last few minutes before the round-time to learn who your opponent is, with little time to prepare for the game. The drawing of lots took place on April 1st, which gave the participants time to prepare accordingly.

The tournament was opened by Stuart Chagrin, Club President, and Dr. Marcus Fenner, Club Executive Director and Organizer. International Arbiter Dr. Frank Brady was the Chief TD. It was a wonderful and historic setting with the greats of the games peering down from the framed pictures on the walls. The wooden boards and the exquisite chess pieces added to the stature of the tournament, not to mention sitting a few tables away from the one on which Fischer and Capablanca both played.

Nearly all the games were decisive in the first round with only one draw. That was the game I played with GM Mark Paragua from Philippines. Mark is a really strong and experienced GM, with a peak rating of 2621. He surprised me in the opening by playing the Caro-Kann, which put me out of my preparation instantly. So much for the last couple of days of prep. Some inaccuracies by my side allowed him to equalize pretty quickly. I started to get low on time, and tried to trade pieces and force a Draw. But that almost backfired, since I got into a passive Queen Endgame in which I nearly lost. Nonetheless, I managed to secure a draw with a perpetual check.

A highlight of the first round was FM Michael Bodek’s upset win over GM Kekelidze.

I was extremely relieved to save my first-round game. The initial nervousness and jitters were settling down. In my next game playing Black against IM Colomban Vitoux, I outplayed him and achieved a winning position. But in the ensuing time trouble I bungled my advantage and had to settle for a draw. I was disappointed with the outcome, but I knew my game was in the right place, and I had to manage the time. In the third round, I overcame IM Raja Panjwani, a strong IM from Canada, which put me on 2/3. I felt I was starting to hit my stride.

But then in the next game against FM Bodek, I was again forced to settle for a draw after bungling my winning advantage, once again due to time pressure. This was extremely frustrating, since I was ruining well-played games due to my shoddy time management. I rebounded from the setback, and in Round 5 defeated Matt Herman, known for his striking attacks, and picturesque finishes. Luckily, our game was much calmer and positional 🙂

Going into the break after five rounds, there were 4 players mathematically in contention for a GM norm – Raja Panjwani, Michael Bodek, Matthew Herman and I.

In the second-half, Raja Panjwani made his intentions well-known with a strong win against GM Kekelidze in Round 6. Meanwhile, I was able to earn a full point against IM Norowitz, while Bodek and Herman drew their game against each other. Heading into the final day with two rounds, it was Panjwani and me still in the running for a GM norm, while Bodek and Herman had a shot at an IM norm. In the 8th round I was able to overcome Igor Sorkin and moved to 6 points – just a ½ point away. Meanwhile, Panjwani played valiantly but could not get past the solid Mark Paragua, and ended up losing the game.

In the final round I made a draw with GM Kekelidze which allowed me to reach 6 ½ points. That sealed the deal and I clinched my maiden GM norm in the hallowed halls of the The Marshall Chess Club!

In the meantime, Bodek played strongly against Igor Sorkin and secured his full point needed to reach the IM norm. This was Bodek’s final IM norm. Since he had earlier crossed the rating requirement of ELO 2400, henceforth he will be referred to as IM Bodek 🙂 Final standings are available here.

Even though Igor Sorkin could not achieve what he set out to do, he won another kind of Norm in the game of life. He was blessed with a baby boy during the break in the tournament, and achieved his first Fatherhood Norm.

I was thrilled to achieve my 1st GM norm and played strongly throughout the tournament. I had recently returned from an excellent tournament, the UTD Spring Open FIDE in Dallas, where I played strongly to start off but then lost my way after an optical blunder (overlooked a pawn, maybe because of a reflective board 😉 ). My game was feeling strong, and I really wanted to avoid silly mistakes heading into the Marshalls GM Invitational. As my friend GM Daniel Naroditsky told me after the event, “the first one is the hardest.” I hope he’s right 🙂

Thanks to the GMs for participating and giving us an opportunity to seek norms, and most importantly thanks to The Marshall Chess Club for hosting a wonderful Round Robin tournament. I hope there will be more. Remember, the NY International, hosted by the Club, begins on June 18.

SAME ARTICLE WAS PUBLISHED ON CHESSBASE PART 1 AND  PART 2 , AND ON USCF HERE. 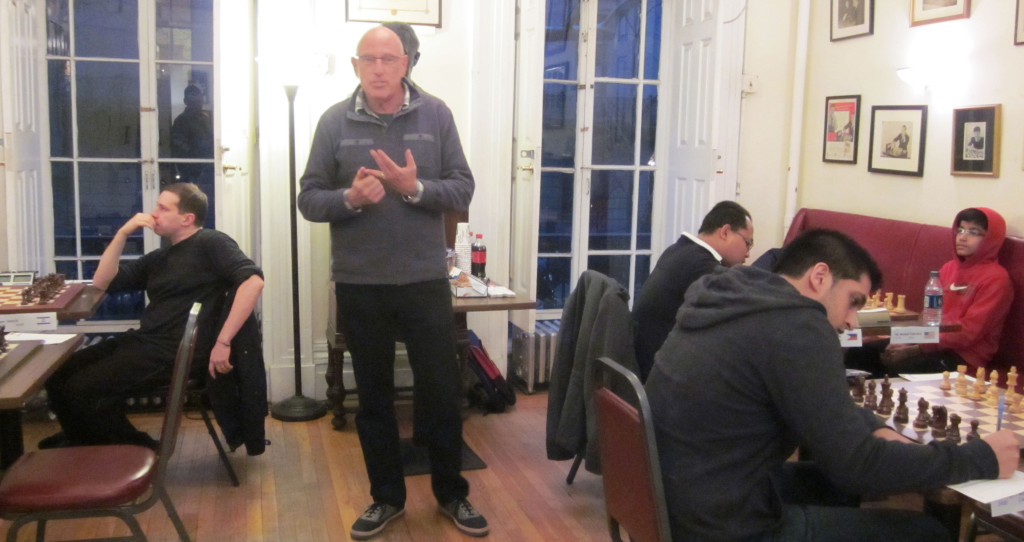 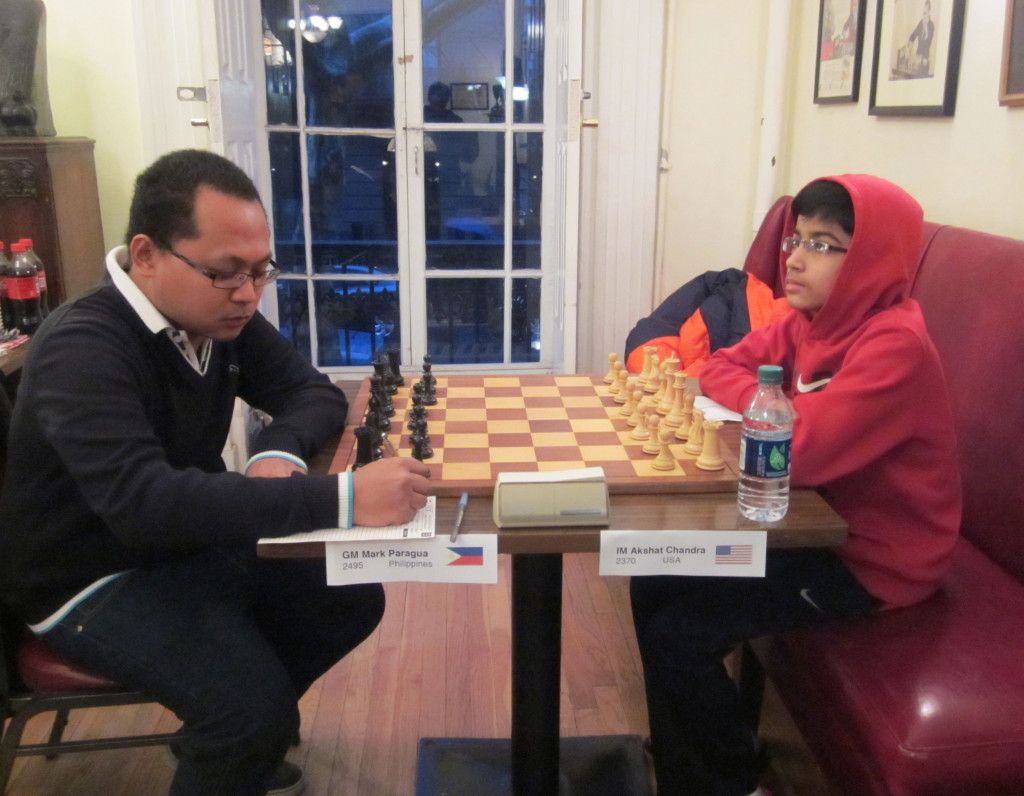 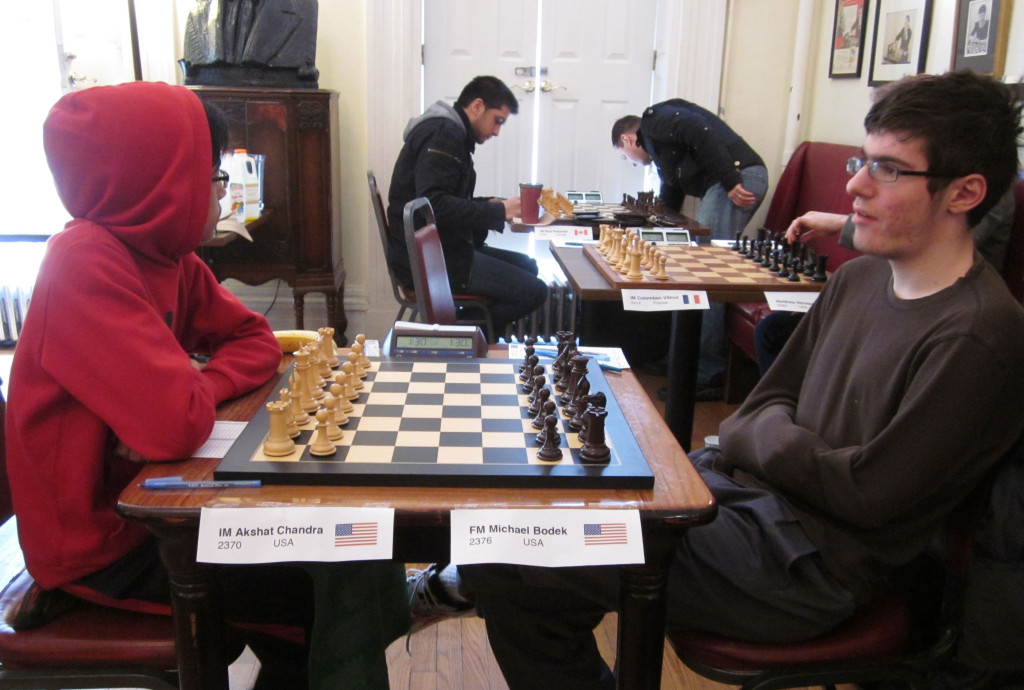